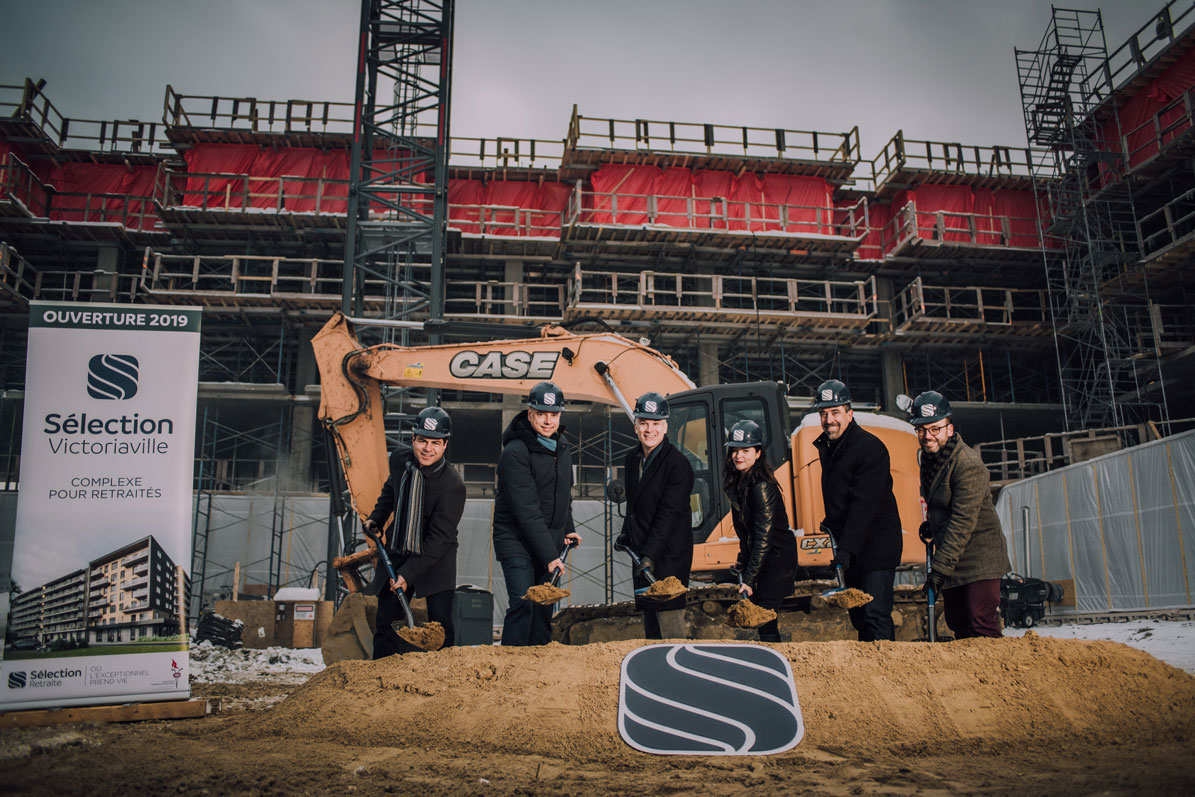 On November 23, Sélection Retraite, a division of Groupe Sélection held an official ground-breaking ceremony for the Sélection Victoriaville retirement complex. The event provided an opportunity for local officials and representatives to review progress on the project, which began in June 2018, and to meet with the company’s managers.

A $50 million investment and 44 new jobs

Groupe Sélection will invest $50 million into Sélection Victoriaville, which is the company’s first incursion into the Bois-Francs region.  This seven-story building will comprise 253 rental units. These will include 34 Rose-Aimée Servisoins rooms as well as a range of studio, 3 ½ and 4 ½ room apartments with services, designed to meet the needs of all potential clients. The 25,000 square foot complex will include conveniences such as a fitness facility, as well as commercial areas including a pharmacy and hairdressing salon. The complex is ideally located close to downtown Victoriaville, near attractions and services (library, town hall, businesses, bike path, park and river).

Residents will begin occupying the 253 units in the summer of 2019 and 44 new permanent jobs are expected to be created. A sales office, to be located at the corner of rue Octave and boulevard Casgrain is expected to open at the start of 2019.

We are thrilled to welcome Sélection Retraite to Victoriaville. The new complex is arriving at a perfect time as our city and neighboring municipalities have a significant and growing need for housing for retirees. This new project responds perfectly to this demand by supplying an agreeable and safe living environment, which enables our region’s seniors to remain longer in the area in which they feel at home.

I am proud to see this project take shape in our riding. The new jobs that will be created will contribute to the economic vitality of the entire region and will bring life to the Notre-Dame downtown quarter.

At Groupe Sélection the happiness of our residents is at the heart of our preoccupations. All of our activities are focused on the creation of active living environments that contribute to their fulfillment. We listen closely to communities in all of the markets that we operate in and we adapt to their particular needs.