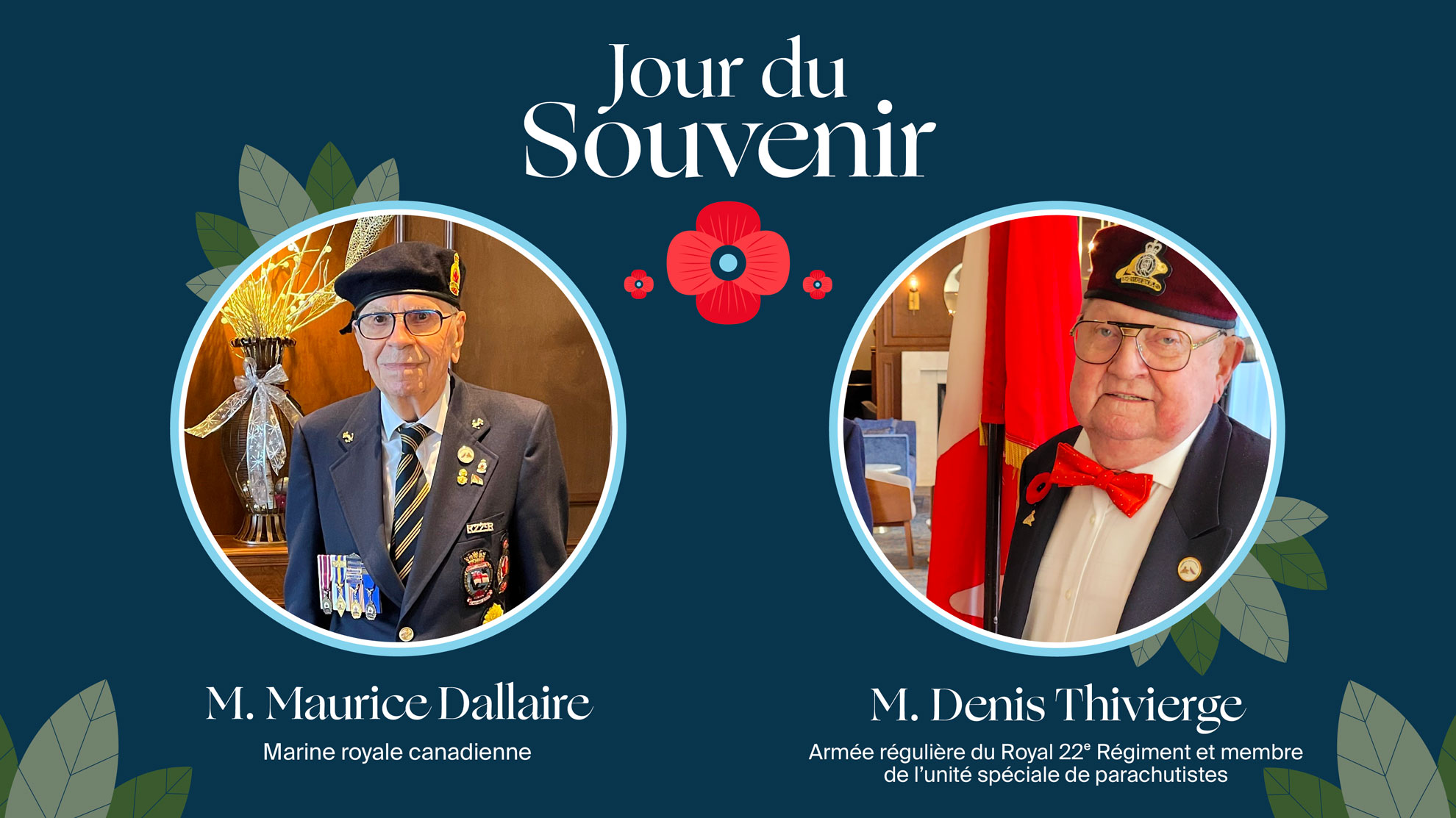 This Remembrance Day we would like to recognize the courage and commitment of the 42 veterans living in our Sélection Retraite complexes and apartment buildings across Québec. We would also like to take this opportunity to share the remarkable stories of Maurice Dallaire and Denis Thivierge, both residents at Sélection Retraite Laval. We had the honour of speaking with them in late October.

What was your branch of military service?

Dallaire: I enlisted in the Royal Canadian Navy in 1949, when I was 17. I have been involved with various legions and veterans’ organizations for many years.

What is your fondest memory from your military career?

Dallaire: In 1950, we visited a number of different countries on a diplomatic mission to re-establish post-World War II Canadian-European relations. We were the first Canadians to return to Europe after WWII. We visited many different countries in our aircraft carrier, including Ireland, Sweden, Norway, Denmark, France, Spain, Great Britain and Italy. It was very moving to visit combat zones that were still intact.

Thivierge: For me, it was all of my rewarding experiences as a paratrooper and the bonds formed during special training, especially at the military base in Gagetown, New Brunswick. Training was both formative and mentally and physically demanding. It prepared us to take part in a special rescue mission, if necessary.

What does Remembrance Day mean to you?

Dallaire: November is an important and much-needed time for me. The highlights include reading the Act of Remembrance and the Remembrance Day ceremonies that honour the men and women who have served our country.

Thivierge: November 11 is a day of respect and profound gratitude for our past and present service members.

We sincerely thank Mr. Dallaire and Mr. Thivierge for their time, generosity and bravery. We would also like to reiterate our eternal gratitude to all veterans throughout the country for their sacrifices and invaluable contributions.